As my work continues to grow and investigate the space between contemporary figurative portraiture and abstraction, some paintings get lost in the scrum.  “Nightshade” is a perfect example.  What initially began as a portrait of both my son and daughter, the painting over time became more a study of solitary contemplation.  In being worked on over the course of two years, it stands (she sits) alone as the singular representative of both where my work was and where it is now.  In this way she is her own species, a figural narrative different than the rest.  I have chosen to post it here to give it a chance at life beyond solitude, beyond the white walls of my studio.

The species usually called nightshade in North America and the United Kingdom is S. dulcamara, also known as bittersweet and woody nightshade. Its foliage and egg-shaped red berries are poisonous, which can cause convulsions and death if taken in large doses.  For more info on nightshades see:  https://www.britannica.com/plant/nightshade

For process images of this piece and all things Ryan Myers see:  Ryan Myers on Instagram 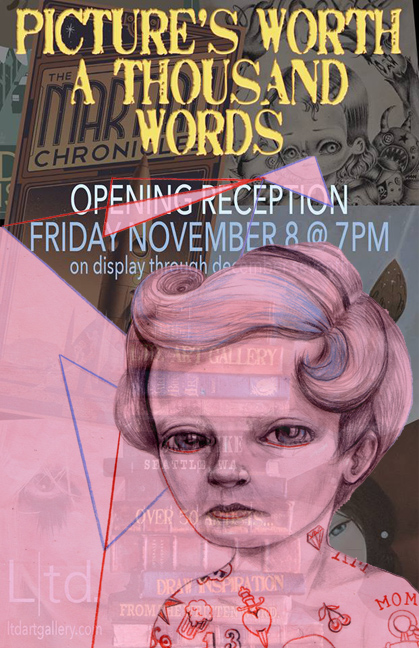 October was a busy month of prep for all the shows that I have pieces in for November. Look for new work at LTD Gallery in Seattle, WWA Gallery in L.A. and Dream Factory in Frankfurt, Germany.